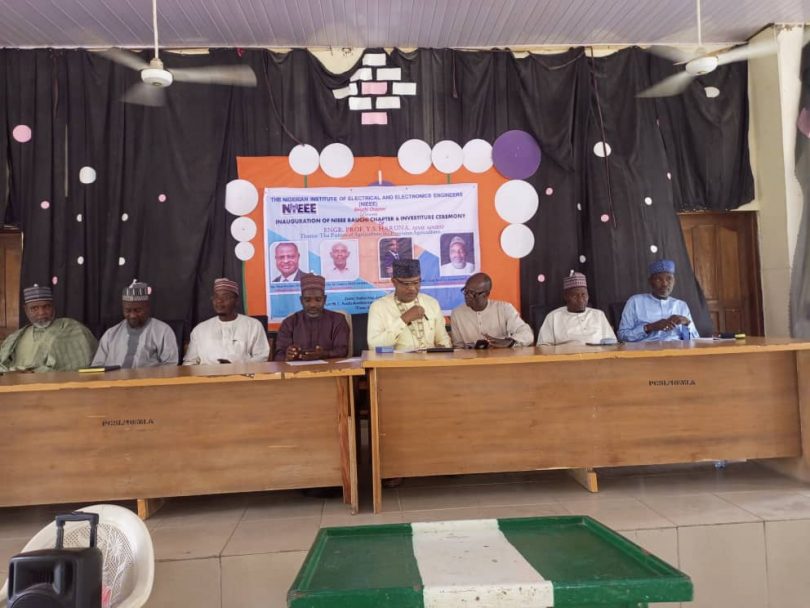 The New Officials of Nigerian Institute of Electrical And Electronic Engineering NIEEE, Bauchi State Chapter has been inaugurated with a call on them to work with relevant stakeholders towards sanitizing practice of the profession.

The National Chairman of the Institute Engr. Akan Michael who made the call at the inauguration in Bauchi, also called on the new executive to lead the way for other divisions of Nigerian Society of Engineers towards effective service delivery.

Engr. Akan Michael who said the institute sets standard in the engineering practice called on eligible members to be registered to guarantee their license for practice.

In a paper presentation, a Guest Speaker Engr. Aminu Ladan from Federal Polytechnic Bauchi, stressed the need for capacity building training for young engineers in the key areas of Power Engineering, Telecommunication and Electronic, instrumentation, Control and Automation among others.

Speaking on behalf of the new Executive, the Chairman State Chapter of the Institute Engr. Ya’u Haruna assured to live up to their responsibilities.

The New Officials that would run the affairs of the State chapter of the Institute for the next two years include Engr. Ya’u Haruna Chairman, Engr. Shehu Wakili Secretary and Engr. Daniel Halilu Assistant Secretary.