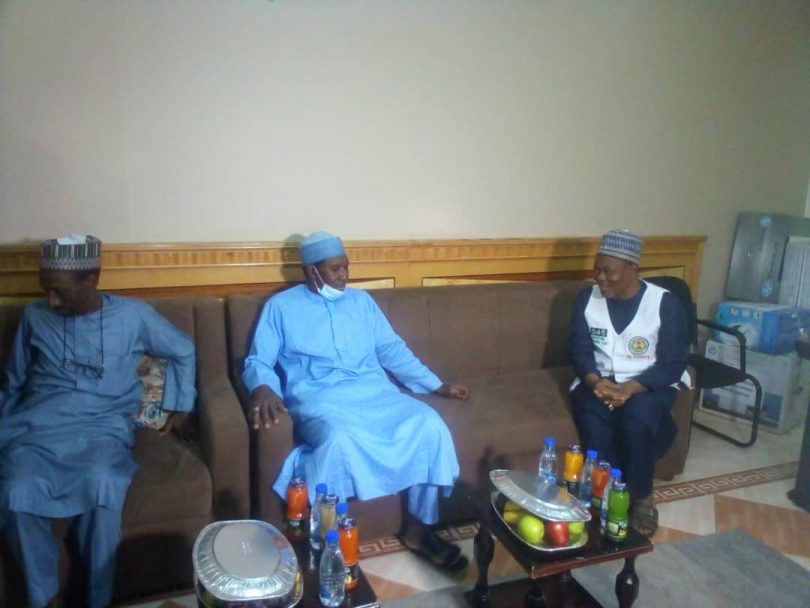 The Nigeria Ambersador to the kingdom of Saudi Arabia Ambaasador Lawal Yahaya has assured the airlift of all intending Pilgrims to the Holy land to perform this years Hajj rites.

Ambersador Lawal Yahaya gave the assurance during an official visit to NAHCON Madina Office to assess this years Hajj operations.

Ambersador Lawal Yahaya explained that this years Hajj operations is a special one, after two years without Hajj due to COVID-19 pandemic.

The Nigeria Ambassador to Saudi Arabia charged NAHCON staff to rededicate themselves to their duties for efficient service delivery.

Ambassador Lawal Yahaya further reiterate the commitment of the Nigeria embassy in the kingdom to give NAHCON all the support needed to carry out its responsibilities effectively.

The NAHCON Madina coordinator noted that the commission would move all it’s Pilgrims from madina to makka latest by Wednesday 6 July 2022.

Also speaking the NAHCON Chief medical mission Dr Hamidu Liman said the medical mission is recording between one hundred to two hundred patients daily and has referred twenty five patients to Saudi Hospital which were all discharge.

Dr Hamidu liman noted that most of the patients present themselves with illines such as maleria, catarh, and three Pilgrims had fracture as well as a one Pilgrims with mental disorder